During the awards ceremony Saturday, December 10, the awards were handed out. In the Flemish Competition, the jury awarded Noisetrain by Pol De Plecker with the prize for Best Flemish Short Film. The film is awarded with €12.500 worth of facilities by Camalot.

The Audience Award in the Flemish Fiction Competition went to Portrait of a Disappearing Woman by Nelson Polfliet. The film is purchased by Canvas for €2.000 and is awarded with facilities from Sondr and A Sound worth €5.000.

The Jury Award for Best Acting Performance goes to Jennifer Heylen for her role in Klette by Michael Abay. She received a prize of €1.000 from PlayRight+.

The Jury Award for Best Cinematography goes to Director of Photography Wannes Vanspauwen. He receives the award for his work in Noisetrain by Pol De Plecker. The prize amounted to €1.000 and was donated by Camalot.

The prize for Best Debut within the Flemish Documentary Competition goes to La Marelle by Laura De Baudringhien. She wins the la Guarimba Award: a ten-day film residency in Calabria, Southern Italy.

The Jury chose The Fruit Tree by Isabelle Tollenaere as Best Short Documentary in the Flemish Competition. For this, they were rewarded with €7.500 by Camalot.

In the Flemish Animation Competition, the audience chose the heart warming Luce and the rock by Britt Raes as the big favourite. Canvas will be pleased with their €2.000 purchase.

In the European competition, the jury awarded Zoon by German Jonatan Schwenk. The jury also nominates Zoon for the European Film Awards 2023. For the Academy Award qualification in the live action fiction category, the jury selects FAIRPLAY by Zoel Aeschbacher. In addition, the film also received €1.000 from Kortfilmfestival Leuven.

Within the European Competition, the audience fell entirely for João Gonzalez's warm and touching animation film Ice Merchants. Dalton Distribution bought it for €1.000.

The Peer Award is being presented for the third time this year. Nest by Hlynur Pálmason was the peer favourite. This will earn Hlynur Pálmason a spot as one of the jury members at Kortfilmfestival Leuven 2023.

Some guest awards were also presented. On Wednesday, December 7, the Humo public chose La chute by Sebastian Schaevers as the winner of the Humo Award. Dalton Distribution purchased the short film.

The Press Award in the Flemish fiction competition goes to Noisetrain by Pol De Plecker. UBFP and UFK donated €500 as the prize money.

The winners of the Pitch Your Script Award are Ali Baharlou with Daniel Van den Berg is dead and SIM by Lynn Ryssen. They both received €5.000 from Camalot to produce their films. 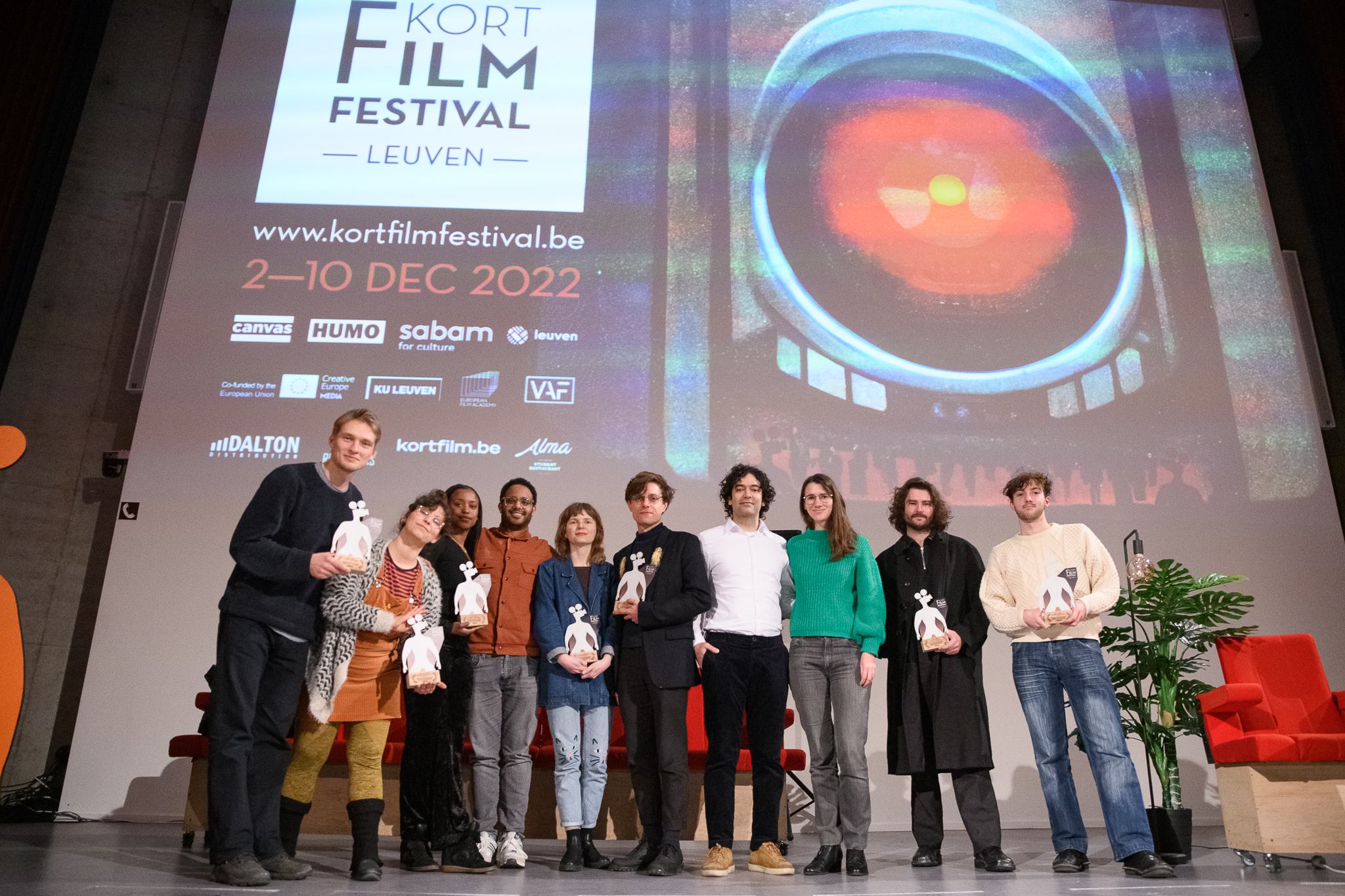